Weaver began selling riflescopes in the 1930s and since then the company has changed ownership more than once, experiencing mixed fortunes until being taken over ultimately by the enormous ATK group. 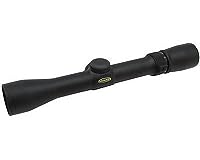 Weaver have several separate lines of models aimed at different segments of the shooting and hunting market, with its high magnification fixed-power “T” models suited to bench work and the Grand Slam and Super Slam lines at the pinnacle of their range of hunting scopes.

One step down from the Grand Slam line is the Classic V series and it was two of this line that I chose to mount on a pair of my rifles a few years back.

The reasons I chose the Classic Vs were that would motivate many hunters, a combination of good quality, Japanese manufacture and reasonable pricing. Built on one-piece main tubes of aircraft grade aluminum.

The Classic V has ¼-MoA adjustments, fully multi-coated lenses, nitrogen purging and they are waterproof and fog proof, plus there’s the Limited Lifetime warranty for the original owner.

In my experience, these scopes are clear and sharp centre-to-edge, exhibit very little vignetting and looking towards light sources, they control unwanted reflections as well as comparable or slightly more expensive Leupold optics I have used.

They have good eye relief and are pretty much as lightweight and compact as riflescopes in their power ranges can be made, with durable black matte finishes.

The Weaver Classic V9 3-9×38 I have a very lightweight custom-built Mauser .270, which is a beast to shoot on the bench and if you happen to adopt an awkward stock-crawling position in the field.

It has viciously assaulted the eyebrow of a few people that it snuck up on. Now a rifle that bucks this hard is a sure candidate for the very lightweight and compact Classic V 3-9×38 for two reasons.

First is that, because of its smaller objective and ocular lenses, it can be mounted lower to the receiver, putting the eye right in line for the odd hasty shot – this also keeps the rifle nicely balanced between the hands. 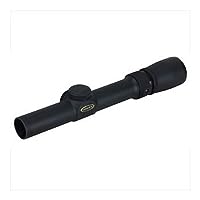 Secondly, a lightweight scope on a hard recoiling rifle will last longer and not be shaken to bits because it tends to want to move with the rifle under recoil, instead of exerting the inertia that a heavier scope that wants to stay put does. I often look at the common American trend nowadays of over-scoping lightweight hunting rifles and shake my head.

Often rifle makers supply scopes to writers that are not suited to the rifle, perhaps so that the reviewer can see the target better and shoot tighter groups off the bench – it’s not a formula for happiness for knowledgeable and experienced gun writers by and large. So to the V9; it has absolutely no bells and whistles, being an absolutely conventional hunting scope.

It has coin-slot adjusters on the adjustment turrets, lock-ring focus and a very smooth-to-use power adjustment ring that is assisted by a raised integral-to-the-ring knob that adds to mechanical advantage and ease of use. I measured eye relief at 3-power to be 3 ½ inches and at 9-power, it was 3-inches neat.

That’s adequate space to avoid the possibility of the dreaded “Weatherby eyebrow”. I found adjustments are true and repeatable, although this scope, with a generous 40 MoA range, is of the type you zero and leave zeroed for shooting effectively out to its maximum point blank range.

If I had the money to mount any other scope on this rifle it’d be the iconic Leupold 2.5-8×36 VX-3, which has greater adjustment range and one inch more eye relief, but the Weaver seemed to me to transmit a very slightly crisper image when compared side-by-side, it’s a few ounces lighter and it gave me a little more top end magnification for roughly half the dollars at the time of purchase.

In my estimation, this Weaver Classic V V9 is a modern classic and an unsung hero of hunting scopes in a very crowded field. Weaver’s Classic V 4-16×42 with .223 Ballistic-X Reticle. I had caught a craze, not the bicycle-type, but the .17 centrefire type when, a few years back I bought a Savage Walking Varminter in .17 Hornady Hornet.

When I wanted an optic for a 300yd-at-a-stretch varmint cartridge and the Hornady blurb said the “gramophone needle” bullet mimicked the trajectory of a 55gn .223, I thought I’d get scope to suit that specification. As I’d had such a positive experience with the Classic V V9, I looked over the Weaver range and purchased this fine scope.

It takes a step up in features from the V9 in that it has a larger 42mm objective bell, allowing a massive 12.1mm exit pupil at 4X, it has an adjustable objective, critical for accurate shooting with high powered optics over varying ranges where parallax will be problematic and additionally, it has low target-type, finger-adjustable windage and elevation turrets with 12 MoA per revolution, allowing 41 MoA adjustment in total.

The markings are in stark white, being very easily readable and with suitable mounts, I could see it being used for effective target shooting out to 6-700 yards, taking advantage of mid-heavy bullets of 69-77 grains in the .223.

Like the other Weaver I owned, this one is very nice optically, relatively light for its power range at 476g and not overly long at 14.1 inches. I had used this excellent varminting scope in the field with some success whistling foxes down to 20 yards set on 4X and easily sniped the heads off rabbits out to 120 yards off the bonnets of vehicles.

When I shot the .17 at the range at 300 meters, the little 20gn bullets did drop some 10-12 inches lower than the 300 yard dot on the .223 Ballistic Reticle, indicating that the little bullet was really running out of steam in that 25 extra yards past the 300 mark.

Eventually, I got a bit tired of humping that Savage around and have replaced it with a beautiful little CZ 527 .17 Hornet in sporter configuration.

Now some of you may come back at me and say, “Whoa! After what you said about your .270 wearing a compact scope, why would you go big on sporter-weight .17?” My rationalization is this.

In a sporter-weight barrel, like the CZ, a .17 hole makes it look and perform like a varminter, when you compare the diameter of hole versus barrel. You have a varminting platform in a sporter profile.

Now because you don’t have any appreciable recoil energy working on the heavier scope, you will have no durability issues. The one small criticism I have is with the reticle, in that the center of the crosshair is obscured by a small dot, which I have found a little counterproductive during fine target work.

However, the extra few ounces of weight and two inches in length over a compact scope like the V9, actually put a bit more weight between your hands which, in the field, stabilize your hold somewhat for unrested shots.

And the scope is not riding too high as it is still built on a single-piece one-inch tube, in common with the whole Classic V series. Well that’s my reasoning and I am the only person I have to convince.

In any case, the 4-16×42 Classic V has proved exemplary in the field and well suited to the .17 Hornet. Once again, my reasons for buying this scope, Weaver’s second string line, have been borne out to be sound.

These Classic V scopes are Japanese-made, carry a lifetime warranty, are compactly engineered and they have no extra frills to add unnecessary expense or complexity. The Weaver Classic V series of riflescopes simply makes good sense.

Stop Press: Prior to press, I was informed that the .223 Ballistic Reticle option on the 4-16 Classic V and the Classic V V9 riflescope itself have both been discontinued.